Behind The Cameras (James Dean)

Just a taste of DEAN! ;o) Some rare candid footage of James Dean at the track, also some other rare candid footage from TV appearances and on set as well. James Dean trained for a while at the Actor's Studio with Lee Strasberg, but left abruptly when Strasberg chastised and embarrassed him in class. Marilyn Monroe was an Usherette at the opening of James' movie East of Eden, although they never met. They were both Method Actors like Brando and Monty, who also worked with the Actor's Studio.

13th december 1950this is the first tv appearance, and the first payed job, of a joung James Dean.Jimmy is the guy who puts the money into the piano/jukebox 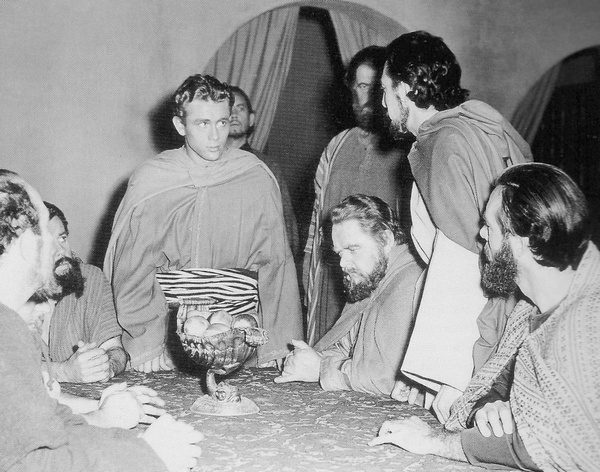 This is one of four relatively short films (Family Theater made by powerful American religious groups, it tells the story of the Resurrection and Christ's victory on Golgotha. However, most interestingly, this marks the debut of none other than James Dean. This movie is part of the collection: Feature Films. Director: Arthur Pierson. Producer: Patrick Peyton. Production Company: Jerry Fairbanks Productions. Keywords: Drama; James Dean. Contact Information: www.k-otic.com. Creative Commons licens...

James dean intento 1 by AND CHAD

james dean 2 through 5 by heisthelamb